We are using this book as a Bible study in our young adult class. we have seen Spiritual growth, it is great. it is a study that really makes you take inventory of your walk with God. Baca ulasan lengkap

This is an excellent resource to be used in small groups or by an individual to consider and get in touch with one's call from God. It is especially helpful in that it makes it clear that we are all called by God and are accountable to that call. Baca ulasan lengkap

Henry Blackaby is the author of Experiencing God, which has sold 5 million copies and has been translated into 50 languages. He is president of Blackaby Ministries International, an organization he founded to help people experience God in a more intimate way. Born in British Columbia, Dr. Blackaby has devoted his lifetime to ministry. He has served as a music director, education director and pastor in churches in California and Canada, as well as president of Canadian Baptist Theological College for seven years and president of the Canadian Southern Baptist Conference. Dr. Blackaby went on to serve as special assistant to the president at the Home Mission Board (now North American Mission Board) of the Southern Baptist Convention in the area of prayer, revival and spiritual awakening. He also served as special assistant to the presidents of the International Mission Board and LifeWay Christian Resources. He has provided leadership to thousands of pastors and laymen across North America and has spoken internationally in over ninety countries of the world. Henry lives with his wife, Marilynn, in Rex, Georgia. He has five children (Richard, Tom, Melvin, Norman and Carrie), all of whom are serving in Christian ministry and fourteen grandchildren. His long-range goal is to encourage revival and spiritual awakening in the United States, Canada and across the world through speaking, praying, enlisting, writing and mentoring. 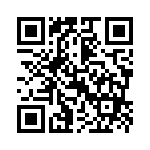