Halaman 53
There has been long debate over the word “ Chicano ” versus “ Mexican American " versus " Mexican - American " versus " Mexican . " Certainly , I only ever heard my grandmother refer to herself as the latter and I never heard my father ...
Halaman 156
Recovered by Clara Lomas in 1994 , The Rebel is a powerful testimonio / testimony of the participation of women in the Mexican Revolution of 1910. The memoir discloses Leonor's involvement in the anti - porfiriato movement and tells of ...
Halaman 158
spend the next nine years and where Leonor comes to the decision to work in the anti - Díaz movement that is swelling in the Mexican Capital . In 1910 , Leonor must return to Laredo , Texas to be at her father's deathbed . 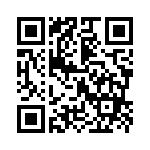