English clergyman John Henry Newman was born on February 21, 1801. He was educated at Trinity College, University of Oxford. He was the leader of the Oxford movement and cardinal after his conversion to the Roman Catholic Church. In 1822, he received an Oriel College fellowship, which was then the highest distinction of Oxford scholarship, and was appointed a tutor at Oriel. Two years later, he became vicar of St. Mary's, the Anglican church of the University of Oxford, and exerted influence on the religious thought through his sermons. When Newman resigned his tutorship in 1832, he made a tour of the Mediterranean region and wrote the hymn "Lead Kindly Light." He was also one of the chief contributors to "Tracts for the Times" (1833-1841), writing 29 papers including "Tract 90", which terminated the series. The final tract was met with opposition because of its claim that the Thirty-nine Articles of the Church of England are aimed primarily at the abuses of Roman Catholicism. Newman retired from Oxford in 1842 to the village of Littlemore. He spent three years in seclusion and resigned his post as vicar of St. Mary's on October 9, 1845. During this time, he wrote a retraction of his criticisms of the Roman Catholic Church and after writing his "Essay on the Development of Christian Doctrine," he became a Roman Catholic. The following year, he went to Rome and was ordained a priest and entered the Congregation of the Oratory. The remainder of Newman's life was spent in the house of the Oratory that he established near Birmingham. He also served as rector of a Roman Catholic university that the bishops of Ireland were trying to establish in Dublin from 1854-1858. While there, he delivered a series of lectures that were later published as "The Idea of a University Defined" (1873), which says the function of a university is the training of the mind instead of the giving of practical information. In 1864, Newman published "Apologia pro Vita Sua (Apology for His Life)" in response to the charge that Roman Catholicism was indifferent to the truth. It is an account of his spiritual development and regarded as both a religious autobiography and English prose. Newman also wrote "An Essay in Aid of a Grammar of Assent" (1870), and the novels "Loss and Gain" (1848), Callista" (1856) and "The Dream of Gerontius" (1865). Newman was elected an honorary fellow of Trinity College, Oxford, in 1877 and was made cardinal by Pope Leo XIII in 1879. He died on August 11, 1890.

Thomas Aquinas, the most noted philosopher of the Middle Ages, was born near Naples, Italy, to the Count of Aquino and Theodora of Naples. As a young man he determined, in spite of family opposition to enter the new Order of Saint Dominic. He did so in 1244. Thomas Aquinas was a fairly radical Aristotelian. He rejected any form of special illumination from God in ordinary intellectual knowledge. He stated that the soul is the form of the body, the body having no form independent of that provided by the soul itself. He held that the intellect was sufficient to abstract the form of a natural object from its sensory representations and thus the intellect was sufficient in itself for natural knowledge without God's special illumination. He rejected the Averroist notion that natural reason might lead individuals correctly to conclusions that would turn out false when one takes revealed doctrine into account. Aquinas wrote more than sixty important works. The Summa Theologica is considered his greatest work. It is the doctrinal foundation for all teachings of the Roman Catholic Church. 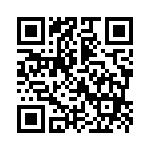