Halaman 151
Half the passers - by don't notice , and the other half " Open plan , " I remarked .
wouldn't know it was misspelt . “ Open , yes ; but I have doubts What does it
matter , anyway ? " about it being planned , ” she replied As the customer
disappeared ...
Halaman 367
But cross the Border now and meet Mr Quilp in London , and Jonas Chuzzlewit
and half a dozen more from Dickens . They inspire a delectable shudder , an
enjoyable frisson ; we can hear , not the angels , but the villains sing . Beneath
the ...
Halaman 533
Two or three partly quarried temple drums , the cylindrical columns of stone with
which the pillars of the temples were built , lay embedded in the ridge ; others
leaned over , half in and half out . When Selinunte fell , Cusi reverted to rural ... 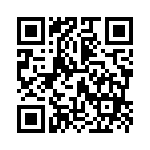