I have read Pilgrim's Progress more times than any other book except the Bible, it's my favorite story. I'm excited about reading Bunyan's other works in this book. I like the large print too. Baca ulasan lengkap

This book is GREAT

I read this book along time ago, but reading it in the style that it is true to; makes the book come alive. The true believing it took in to writing The Pilgrim's Progress has proved time and time again that when Christians starts their journey they are truly never alone. Baca ulasan lengkap

Halaman 824 - And even as they did not like to retain God in their knowledge, God gave them over to a reprobate mind, to do those things which are not convenient...
Muncul dalam 708 buku dari 1739-2008
Halaman 849 - I will be as the dew unto Israel ; he shall grow as the lily, and cast forth his roots as Lebanon. His branches shall spread, and his beauty shall be as the olive tree, and his smell as Lebanon. They that dwell under his shadow shall return ; they shall revive as the corn, and grow as the vine ; the scent thereof shall be as the wine of Lebanon.
Muncul dalam 515 buku dari 1804-2008
Lengkap
Halaman 56 - Samuel, and of the prophets: who through faith subdued kingdoms, wrought righteousness, obtained promises, stopped the mouths of lions, quenched the violence of fire, escaped the edge of the sword, out of weakness were made strong, waxed valiant in fight, turned to flight the armies of the aliens.
Muncul dalam 857 buku dari 1775-2008
Halaman 802 - But in a great house there are not only vessels of gold and of silver, but also of wood and of earth ; and some to honour, and some to dishonour. 21 If a man therefore purge himself from these, he shall be a vessel unto honour, sanctified, and meet for the master's use, and prepared unto every good work.
Muncul dalam 448 buku dari 1755-2008
Halaman 808 - I am the LORD'S"; and another shall call himself by the name of Jacob; and another shall subscribe with his hand unto the LORD, and surname himself by the name of Israel.
Muncul dalam 506 buku dari 1689-2007
Halaman 244 - The Lord recompense thy work, and a full reward be given thee of the Lord God of Israel, under whose wings thou art come to trust.
Muncul dalam 370 buku dari 1795-2008
Halaman 837 - The wind goeth toward the south, and turneth about unto the north; it whirleth about continually, and the wind returneth again according to his circuits. All the rivers run into the sea; yet the sea is not full; unto the place from whence the rivers come, thither they return again.
Muncul dalam 535 buku dari 1713-2008
Halaman 281 - The Lord, ye know, is God indeed, Without our aid He did us make ; We are his flock, He doth us feed, And for his sheep He doth us take.
Muncul dalam 426 buku dari 1806-2008
Ringkas

John Bunyan was born in Elstow, Bedfordshire, England, in 1628. He learned to read and write at the village school and was prepared to follow his father's trade as a brazier when the English Civil War broke out in 1644 and he was drafted into the Parliamentary army. His military service brought him into contact with Oliver Cromwell's Puritan troops. Beginning in 1648, Bunyan suffered a crisis in religious faith that lasted for several years. He turned to the Nonconformist church in Bedford to sustain him during this period. His first writings were attacks against the Quakers. Then Charles II was restored to the throne and Bunyan was arrested for conducting services not in accordance with the Church of England. He spent 12 years in jail. During this time, he wrote his autobiography, Grace Abounding, in which he described his spiritual struggle and growth. During his last years in prison, Bunyan began his most famous work, The Pilgrim's Progress, a two-part allegorical tale of the character Christian and his journey to salvation. Part I was published in 1678 and Part II in 1684. The second part deals with the spiritual journey of Christian's wife and sons, as they follow in his footsteps. With its elements of the folktale tradition, The Pilgrim's Progress became popular immediately. Well into the nineteenth century it was a book known to almost every reader in England and New England, second in importance only to the Bible. So great was the book's influence that it even plays a major role in Little Woman by Louisa May Alcott. Such expressions as "the slough of despond" and "vanity fair" have become part of the English language. Bunyan's other works include The Life and Death of Mr. Badman and The Holy War. He also wrote A Book for Boys and Girls, verses on religious faith for children. Bunyan died in London on August 31, 1688. 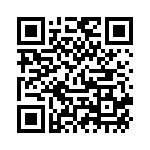