Halaman 544
John T. Hughes , against the barge Blue The boat owners and the city of Long Beach Gown , her tackle , etc. , in all of which the and Long - Beach - on - the - Ocean , Inc. , filed Pennsylvania Railroad Company , owner of claims in this ...
Halaman 808
CITY OF MAY- state never surrendered its dominant right to FIELD et al . regulate and control use and location of such tracks , which right state delegated to city by Circuit Court of Appeals , Sixth Circuit , Ky . St. § 3490 , subsec .
Halaman 810
the city from enacting the ordinances in company , and in addition , if removed , all of question . the tracks of the ... 3490 empowers all cities of the fourth class The effect of the ordinance involved in City " to prevent railways ... 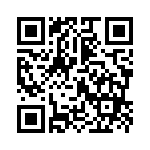