Sir Richard Charles Nicholas Branson (born 18 July 1950) is an English business magnate, investor, and philanthropist. He is best known as the founder of Virgin Group, which comprises more than 400 companies. Sir Richard is the author of a number of books, Losing My Virginity: How I've Survived, Had Fun, and Made a Fortune Doing Business My Way. (Virgin Books 1998), Screw It, Let's Do It. (Virgin Books 2006), Business Stripped Bare. (Virgin Books 2008), Reach for the Skies: Ballooning, Birdmen and Blasting Into Space. (2010), Screw Business as Usual. Portfolio/Penguin (2011), Like a Virgin: Secrets They Won't Teach You at Business School (2013), The Virgin Way: How to Listen, Learn, Laugh and Lead (2014), all published by Virgin Books. 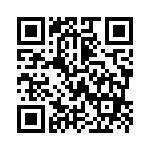