Henrik Lagerlund is Associate Professor of Philosophy at the University of Western Ontario. He has published dozens of articles and reviews and has written the book Modal Syllogistics in the Middle Ages. He was the editor of Mental Representation and Objects of Thought in Medieval Philosophy, and he was co-editor of two other books: Emotions and Choice from Boethius to Descartes; and Forming the Mind: The Mind/Body Problem(s) in Late Medieval and Early Modern Thought, which was published by Springer in 2006.

The Section Editors of the Encyclopedia of Medieval Philosophy are: 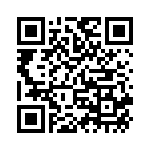