Halaman 64
One hundred and twelve partment was increasing in importance every centers of
work were established in 34 States and year . An agency for the circulation of
mission Territories of the United States , 3 states of Mex- literature was
maintained ...
Halaman 334
The established strength of the has increased in ' ten years from 2,184,260,690
military forces as provided in the estimates for rupees . the year ending March 31
, 1900 , was 228,887 of all One of the main causes of famine in India has ranks ...
Halaman 835
Custom - houses are established at the expel the garrison , which was therefore
strengthports of Wari , Burutu , Akassa , Brass , New Cala ened . The Emir of
Gando , who rules over a third ban , Bony , Opobo , and Old Calabar . The British
of ... 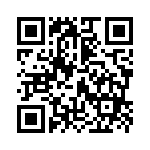