Adena Rosmarin is a former associate professor of English at the University of Texas at Austin. She received her Ph.D. in 1978 at the University of California, Berkeley, and in 1980-81 was an Andrew W. Mellon Fellow at Harvard University. She has also held a fellowship with the Stanford Humanities Center. Rosmarin’s articles on literary theory and interpretive history have appeared in Critical Inquiry, ELH, PMLA, and the Journal of Aesthetics and Art Criticism. 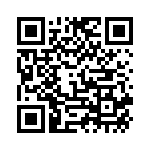