Halaman 192
After decided the case by determining the citation of authorities , he concluded “ that question which plaintiff's counsel stated a revocable trust is valid and that the to be the sole issue , it would manifestly fact that the power of ...
Halaman 343
Appellant , quately , fully , and fairly represented by with his consent , was represented at the counsel of his own choice , both at ar- sentencing by counsel who represented raignment , during trial , at sentencing , codefendant Long ...
Halaman 602
Even the most self - assured judge may well want to bring to his aid every consideration that counsel for the accused can appropriately urge . " Carter v . People of State of Illinois , 329 U.S. 173 , 178 , 67 S.Ct. 216 , 220 , 91 L.Ed. 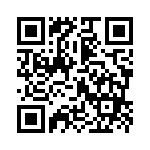