Halaman 13 - But the tribes of Indians inhabiting this country were fierce savages, whose occupation was war, and whose subsistence was drawn chiefly from the forest. To leave them in possession of their country, was to leave the country a wilderness...
Muncul dalam 114 buku dari 1823-2008

Deborah A. Rosen is a professor of history at Lafayette College in Easton, Pennsylvania. She is the author of Courts and Commerce: Gender, Law, and the Market Economy in Colonial New York and coeditor of Early American Indian Documents: Treaties and Laws, 1607?1789, volumes 15, 16, and 17. 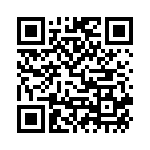