Secretly inside: a novel

Themes of homoeroticism and class tension distinguish this story of a Jewish student's eerie, brief stay with a Dutch farming family during the Nazi occupation. Published in Dutch in 1975, this first ... Baca ulasan lengkap

Hans Warren was a prominent Dutch writer best known for his published diaries, which he kept from 1939 until he died in 2001. In addition to these revered memoirs of modern life, he was a poet, translator of Greek literature, and a novelist.
S. J. Leinbach is a scholar and translator living in the Hague, Netherlands. His previous translations include Oek de Jong’s novel Hoekwerda’s Child. 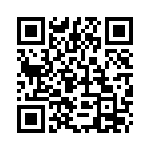