Halaman 127
Some persons with native ancestry claim the Hawaiian identity while others do
not. Many mixed-race islanders, not just part Hawaiians, change their ethnic
identification as they move from one situation to another.68 The United States ...
Halaman 131
Perhaps the Hawaiian rule, different as it is from the one-drop rule, is the most
feasible alternative after all. We have seen that mainlanders who move to Hawaii
can accept the island pattern after a few months. Egalitarian pluralism for ...
Halaman 330
Native Hawaiian Peoples' International Tribunal, Kanaka, Maoli Nation, Plaintiff, v
. United States of America, Defendant, held on the Hawaiian Islands, August 12-
21, 1993, Interim Report on "Summary of Recognitions, Findings, and ... 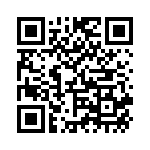