Work on this book started as long ago as 1958 when Albert Streckeisen was asked to collaborate in revising Paul Niggli's well-known book Tabellen zur Petrographie und zum Gesteinbestimmen (Tables for Petrography and Rock Determination). It was at this point that Streckeisen noted significant problems with all 12 of the classification systems used to identify and name igneous rocks at that time. Rather than propose a 13th system, he chose instead to write a review article outlining the problems inherent in classifying igneous rocks and invited petrologists from around the world to send their comments. In 1970 this lead to the formation of the Subcommission of the Systematics of Igneous Rocks, under the IUGS Commission on Petrology, who published their conclusions in the first edition of this book in 1989. The work of this international body has continued to this day, lead by Bruno Zanettin and later by Mike Le Bas. This fully revised second edition has been compiled and edited by Roger Le Maitre, with significant help from a panel of co-contributors. 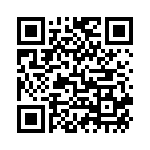