Halaman 46
I learned to enjoy the ... taught my father ' s first language , and I learned , not
standard English , as many of my friends would like to believe , but a standard
Trinidadian English . I learned Keats , Byron , Shelley , and all the other
Romantics .
Halaman 50
Here , I learned that one is judged not so much by achievement , academic
success , or status in society , which in my culture allowed one to cross social
barriers , but more by color and race . It was , and still is , extremely difficult to
deal with ...
Halaman 223
But eventually I learned they were basketmakers who came to tourist areas each
summer to sell their wares , and that they were migratory farmhands and
domestics , an exploited and marginal pool of cheap labor within the agricultural
...

Naomi Zack is assistant professor of philosophy at the State University of New York, Albany. 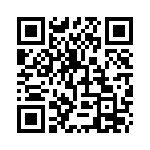