Halaman 115
Nor doth it at all help them , to say that man sins willingly , since that willingness ,
proclivity , and propensity to evil is , according to their judgment , so necessarily
imposed upon him , that he cannot but be willing , because God hath willed and ...
Halaman 164
And though any might pretend that the outward creation doth of itself , without any
supernatural or saving principle in the heart , even declare to the natural man that
there is a God ; yet what would such a knowledge avail , if it did not also ...
Halaman 182
So that except we think he spake not what he intended , we may safely conclude ,
that such Gentiles were justified , and did partake of that honour , glory , and
peace , which comes upon every one that doth good ; even the Gentiles , that are
... 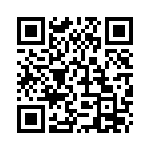