Halaman 150 - The basis of our political systems is the right of the people to make and to alter their constitutions of government. But the constitution which at any time exists till changed by an explicit and authentic act of the whole people is sacredly obligatory upon all.
Muncul dalam 723 buku dari 1789-2008
Halaman 151 - However combinations or associations of the above description may now and then answer popular ends, they are likely, in the course of time and things, to become potent engines by which cunning, ambitious, and unprincipled men will be enabled to subvert the power of the people and to usurp for themselves the reins of government, destroying afterwards the very engines which have lifted them to unjust dominion.
Muncul dalam 554 buku dari 1789-2008
Lengkap
Halaman 152 - It serves always to distract the public councils and enfeeble the public administration. It agitates the community with ill-founded jealousies and false alarms; kindles the animosity of one part against another; foments occasionally riot and insurrection.
Muncul dalam 501 buku dari 1789-2008
Halaman 153 - There is an opinion, that parties in free countries are useful checks upon the administration of the Government, and serve to keep alive the spirit of Liberty.
Muncul dalam 396 buku dari 1789-2007
Halaman 151 - ... till changed by an explicit and authentic act of the whole people, is sacredly obligatory upon all. The very idea of the power and the right of the people to establish government, pre-supposes the duty of every individual to obey the established government. All obstructions to the execution of the laws, all combinations and associations, under whatever plausible character, with the real design to direct, control, counteract, or awe the regular deliberation and action of the constituted authorities,...
Muncul dalam 450 buku dari 1789-2008
Halaman 153 - It is important, likewise, that the habits of thinking in a free country should inspire caution, in those intrusted with its administration, to confine themselves within their respective constitutional spheres, avoiding in the exercise of the powers of one department to encroach upon another. The spirit of encroachment tends to consolidate the powers of all the departments in one, and thus to create, whatever the form of government, a real despotism.
Muncul dalam 442 buku dari 1789-2006
Halaman 152 - Let me now take a more comprehensive view, and warn you in the most solemn manner against the baneful effects of the Spirit of Party, generally.
Muncul dalam 665 buku dari 1789-2008
Halaman 151 - Towards the preservation of your government, and the permanency of your present happy state, it is requisite, not only that you steadily discountenance irregular oppositions to its acknowledged authority, but also that you resist with care the spirit of innovation upon its principles, however specious the pretexts.
Muncul dalam 397 buku dari 1789-2006
Halaman 152 - This spirit, unfortunately, is inseparable from our nature, having its root in the strongest passions of the human mind. It exists under different shapes in all governments, more or less stifled, controlled, or repressed ; but, in those of the popular form, it is seen in its greatest rankness, and is truly their worst enemy.
Muncul dalam 608 buku dari 1789-2008
Ringkas 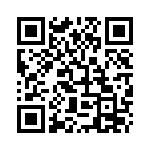