This is an outstandingl portrait fascinating, wonderfully complex genius. I have read Common Sense and some of American Crisis. This book makes me want to read them again and the rest oif Paine's work. Baca ulasan lengkap

This was my introduction to Thomas Paine, insightful and informative. A bit slow in later chapters. Nice set up with a beginning chapter describing an event following Paine's death and burial. An ... Baca ulasan lengkap

Craig Nelson is the author of four previous books, including The First Heroes and Let's Get Lost. His writings have appeared in Salon, The New England Review, Blender, Genre, and a host of other publications. He was an editor at HarperCollins, Hyperion, and Random House for almost twenty years and has been profiled by Variety, Interview, Manhattan, Inc., and Time Out. 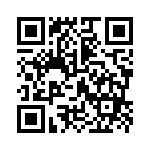