Lynda Lee Kaid is Professor of Telecommunication and Senior Associate Dean in the College of Journalism and Communications at the University of Florida. Previously she was a George Lynn Cross Research Professor at the University of Oklahoma where she also served as the Director of the Political Communication Center and supervised the Political Commercial Archive. She received her Ph.D. degree in 1974 from Southern Illinois University. Her research specialties include political advertising and news coverage of political events.
A Fulbright Scholar, she has also done work on political television in several Western European countries. She is the author/editor of 14 books, including The Millennium Election, Political Television in Evolving European Democracies, Civic Dialogue in the 1996 Presidential Campaign, Videostyle in Presidential Campaigns, The Electronic Election, New Perspectives on Political Advertising, Mediated Politics in Two Cultures, Political Advertising in Western Democracies, and Political Campaign Communication: A Bibliography and Guide to the Literature. She also has written over 100 journal articles and book chapters and over 100 convention papers on various aspects of political communication. She has received over $1 million in external grant funds for her research efforts, including support from the U. S. Department of Commerce, the U.S. Department of Education, the National Endowment for the Humanities, and the National Science Foundation.
Dr. Kaid is a former president of the Political Communication Divisions of the International Communication Association and the National Communication Association and has served in leadership roles in the American Political Science Association. 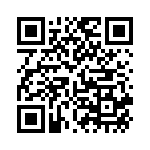