Diane Larsen-Freeman is Professor Emerita of Education, Professor Emerita of Linguistics, and Former Director of the English Language Institute at the University of Michigan, Ann Arbor. She is also a Distinguished Senior Faculty Fellow at the School for International Training in Brattleboro, Vermont. Dr. Larsen-Freeman has been a conference speaker in over 60 countries of the world and has published over 100 articles in her areas of interest. Her Heinle/Cengage titles include "The Grammar Book: Form, Meaning, and Use for English Language Teachers" (third edition, 2015, co-authored with Marianne Celce-Murcia), "From Grammar to Grammaring" (2003, authored), and the fourth edition of "Grammar Dimensions: Form, Meaning, and Use" (2007, Series Director). From 1980-1985, Dr. Larsen-Freeman was Editor of the journal "Language Learning." In 1997, Dr. Larsen-Freeman was inducted into the Vermont Academy of Arts and Sciences. In 1999, she was selected by ESL Magazine as one of "the ESL pioneers." In 2000, she received the lifetime achievement award from Heinle & Heinle.

Marianne Celce-Murcia (Ph.D. in Linguistics, 1972) is Professor Emerita of Applied Linguistics and TESL at the University of California, Los Angeles, where for 30 years she taught primarily graduate students, preparing to be language teachers and researchers. Beyond her work at UCLA, she taught in and administered English language programs in Nigeria (1964-1966), Egypt (Fall, 1980), Canada (Summer, 1983), and Armenia (2003-2007). She has lectured and led workshops all over the U.S. and in many other countries as well. In addition to her co-authorship (with Diane Larsen-Freeman) on the three editions of "The Grammar Book," she is co-editor (with Donna Brinton and Marguerite Ann Snow) of the fourth edition of "Teaching English as a Second or Foreign Language" (2014) and series co-editor (with Maggie Sokolik) of the five-volume, content-based "Grammar Connection" series (2008-2009), all with Cengage Learning, who (as Heinle & Heinle) presented her with their lifetime achievement award in 1997. At UCLA Marianne was honored for distinguished teaching both as a graduate student (1964) and as a professor (1976). 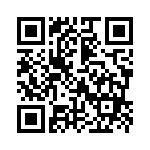