A. Scott Henderson is an assistant professor of education at Furman University. 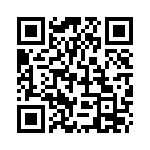