Halaman 212 - If I could save the Union without freeing any slave, I would do it ; if I could save it by freeing all the slaves, I would do it ; and if I could save it by freeing some and leaving others alone, I would also do that. What I do about slavery and the colored race, I do because I believe it helps to save the Union : and what I forbear, I forbear because I do not believe it would help to save the Union.
Muncul dalam 1011 buku dari 1821-2008
Halaman 135 - With the movements in this hemisphere we are of necessity more immediately connected, and by causes which must be obvious to all enlightened and impartial observers. " The political system of the allied powers is essentially different in this respect from that of America.
Muncul dalam 597 buku dari 1785-2007
Lengkap
Halaman 125 - Against the insidious wiles of foreign influence (I conjure you to believe me, fellow-citizens), the jealousy of a free people ought to be constantly awake; since history and experience prove, that foreign influence is one of the most baneful foes of Republican Government...
Muncul dalam 812 buku dari 1789-2008
Halaman 269 - ... and it is further ordered, that where any town shall increase to the number of one hundred families or householders they shall set up a grammar school, the master thereof being able to instruct youth so far as they may be fitted for the university...
Muncul dalam 539 buku dari 1805-2008
Halaman 212 - Union; and what I forbear, I forbear because I do not believe it would help to save the Union. I shall do less whenever I shall believe what I am doing hurts the cause, and I shall do more whenever I shall believe doing more will help the cause.
Muncul dalam 618 buku dari 1857-2008
Halaman 124 - The great rule of conduct for us in regard to foreign nations is, in extending our commercial relations to have with them as little political connection as possible.
Muncul dalam 993 buku dari 1789-2008
Halaman 268 - It is therefore ordered, that every township in this jurisdiction, after the Lord hath increased them to the number of fifty householders, shall then forthwith appoint one within their town to teach all such children as shall resort to him to write and read, whose wages shall be paid either by the parents or masters of such children, or by the inhabitants in general...
Muncul dalam 412 buku dari 1820-2007
Halaman 212 - If there be those who would not save the Union unless they could at the same time save Slavery, I do not agree with them.
Muncul dalam 331 buku dari 1858-2008
Halaman 201 - A house divided against itself cannot stand." I believe this government cannot endure permanently half slave and half free. I do not expect the Union to be dissolved — I do not expect the house to fall — but I do expect it will cease to be divided. It will become all one thing, or all the other. Either the opponents of slavery will arrest the further spread of it, and place it where the public mind shall rest in the belief that it is in the course of ultimate extinction ; or its advocates will...
Muncul dalam 841 buku dari 1859-2008
Halaman 195 - I will be as harsh as truth, and as uncompromising as justice. On this subject I do not wish to think, or speak, or write, with moderation.
Muncul dalam 1178 buku dari 1831-2008
Ringkas

Few historians of the United States have written as well as Carl Becker, Cornell University's famous professor of modern European history. Becker was born in Iowa and studied at the University of Wisconsin, where he earned his Ph.D. in 1907. His study The Heavenly City of the Eighteenth-Century Philosophers (1932), is a classic, as is The Heavenly City Revisited. Becker taught at Dartmouth and the University of Kansas before joining the Cornell faculty in 1917. After his retirement in 1941, Beck was professor emeritus and university historian at Cornell. His work continues to remain a model for writers of history, with its economy of words, keen analytical sense, and graceful style. As a distinguished essayist, practicing historian, and apostle of democracy, Becker almost always made freedom and responsibility his themes. Beck died in 1945. 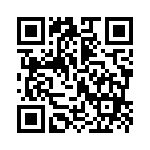