Halaman 17
As she argues , the lack of major , modern weapons systems , however , is no bar to the possibility of major conflict fought with less sophisticated arms . Picking up on the theme of intrastate war , Richard Shultz discusses the nature ...
Halaman 48
... were the most unstable regions , and bility in Africa and parts of the for- all the ongoing wars were between mer Communist world have caused domestic rather than interstate major upheavals in interstate rela- adversaries . tions .
Halaman 61
is credited , in part , with forcing the but , with few exceptions , they have Sein Fein , the political wing of the not been a major source of supply . In IRA , to agree to halt violence in recent conflicts , however , this form of ... 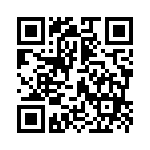