His education, the College of West Africa, The University of Liberia, Northern Polytechnic Radio and Telecommunications, South Thames College London, England and RCA Institute of Radio Telecommunication Broadcasting Technology, New York United States of America. He is recipient of much recognition in his career. The Principal of the regional Mano River Institute of Telecommunications and Postal Training. He is President of the (PANAFTEL) Pan African Telecommunication Technical Commission. He served the Government of Liberia as Assistant Minister of Posts and Telecommunications and Managing Director of (LTC) Liberia Telecommunications Corporation. His persistence interested in technical human resource development, he is credited for upgrading the Tubman Technical School to The Tubman College of Technology, in Maryland County, Liberia. He was elected president of the board of directors. He is also credited with establishing the first Liberia national broadcasting station, the Liberia Radio Amateur Association and he motivated interest in having radio communication technology included in the curriculum of many schools in Liberia. Including establishing personnel insurance for telecommunication.

He attended many international conferences, particularly ITU, and was called upon to serve as chairman of the African group.1980; his ingenuity sponsored the first international telecommunications conference in Monrovia. His presentation to the Monrovia conference, “Staff Training.” highlighting the international recognition and respect of experts irrespective was acclaimed. 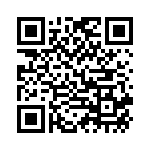