David Jenkins is also the author of Training Speed and Endurance. He is also a sports scientists and has a Ph.D. in exercise physiology. 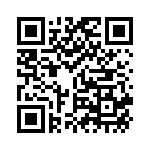