Halaman xxviii - The soul that sinneth, it shall die. The son shall not bear the iniquity of the father, neither shall the father bear the iniquity of the son : the righteousness of the righteous shall be upon him, and the wickedness of the wicked shall be upon him.
Muncul dalam 899 buku dari 1794-2008
Halaman 9 - For the Lord God helps me; therefore I have not been confounded; therefore I have set my face like a flint, and I know that I shall not be put to shame; he who vindicates me is near.
Muncul dalam 101 buku dari 1871-2008
Lengkap
Halaman 46 - It is too light a thing that you should be my servant to raise up the tribes of Jacob and to restore the survivors of Israel; I will give you as a light to the nations, that my salvation may reach to the end of the earth.
Muncul dalam 347 buku dari 1875-2008
Ringkas

Peter Stuhlmacher is professor emeritus of New Testament studies at the University of T bingen and the author of many books, including Historical Criticism and Theological Interpretation of Scripture and Revisiting Paul's Doctrine of Justification. 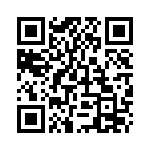