Halaman 708
We think it is a small matter when judicial or executive officers , who are intrusted
with official acts , accept a bribe , or from corrupt motives let a prisoner run at
large ; but it is a very serious charge . A man may occupy but an humble office ,
and ...
Halaman 733
Now , gentlemen , the defendant here is proved to be a police magistrate ; a very
important officer in this community , and ... of justice , so far as the public peace is
concerned and the safety of citizens , than any other class of officers in the city ...
Halaman 901
The prisoner was taken from the jail , with his arms pinioned , and placed in a
vehicle with two officers . Two sleighs followed , in one of which was the coffin for
the dead body of the victim , and in the other the officers and the clergy . 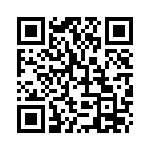