Dr. Scott gave a brief biography and evaluation of their careers as historians of "five women who had lived, studied, or worked within a twelve-mile radius of each other in North Carolina" during the ... Baca ulasan lengkap

Anne Firor Scott was born Anne Byrd Firor in Montezuma, Georgia on April 24, 1921. She received a bachelor's degree from the University of Georgia and a master's degree in political science from Northwestern University. In 1943, she went to Washington for an internship in a congressman's office, then took a job the next year with the League of Women Voters. She got married in 1947. She worked on a Ph.D. while raising the couple's three children. She received a Ph.D. from Radcliffe College in 1958. She taught a few American history courses at the University of North Carolina before joining the history department at Duke University in 1961. She stayed for 30 years and served as department chairwoman from 1980 to 1985. She wrote several books including The Southern Lady: From Pedestal to Politics, 1830-1930 and Natural Allies: Women's Associations in American History. She received the 2013 National Humanities Medal. She died on February 5, 2019 at the age of 97. 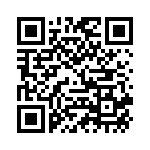