Walking the boards in a play by the Bard can be one of the most rewarding and frightening experiences of an actor's life. Drawing on 35 years' experience as associate director of the Royal Shakespeare ... Baca ulasan lengkap

John Bernard Adie Barton was born in London, England on November 26, 1928. He was educated at Eton College and at King's College, Cambridge, where he directed numerous student productions and, after graduating, became a fellow and lay dean. When Peter Hall founded the Royal Shakespeare Company in 1961, he asked Barton to help him get the troupe off the ground. Barton would go on to direct more than 50 productions there. As a director and in the classes and workshops he taught, Barton was known for helping actors find the meaning in Shakespeare's lines. He was also a writer and adapter. In 1963, he condensed Shakespeare's three Henry VI plays and Richard III and staged them under the title The Wars of the Roses. He created The Hollow Crown, which premiered at the Royal Shakespeare Company in 1961 and then had a run on Broadway in 1963. He also created The Greeks, a nine-hour production spread over three evenings that adapted 10 plays by Euripides, Aeschylus, Sophocles and Homer to tell the story of the Trojan War. He died on January 18, 2018 at the age of 89. 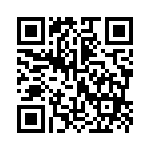