This book is interesting, but a layman's approach to collecting poetry doesn't appeal as much to me as a scholar's. I'll get back to it! Baca ulasan lengkap 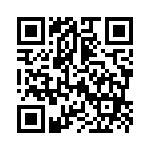