Erik H. Erikson, a German-born American psychologist and psychoanalyst, developed theories about the sequence of human development that have had an impact on clinical psychoanalysis, ethics, history, literature, child care, and the emerging interdisciplinary study of the life course. Erikson was an art student, but after undergoing psychoanalysis by Anna Freud in Vienna in 1927, he turned to the field of psychology. According to Erikson's life-cycle theory, first published in Childhood and Society (1950), there are eight developmental stages, which are biologically determined but environmentally shaped: infancy, early childhood, play age, school age, adolescence, young adulthood, mature adulthood, and old age. Each of these stages is associated with a particular crisis that the individual must successfully resolve in order to proceed normally to the next stage-for example, identity versus confusion in adolescence. The concept of the identity crisis is now firmly embedded in psychiatric theory. Erikson also studied the relationship between a person's life and the times in which he or she lives; and his historical-biographical studies of Luther and Gandhi are outstanding products of this inquiry. Erikson taught at Harvard University for 30 years 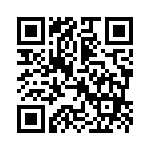