Halaman 9
( 2 ) If not , was some arises in its application to particular facts . matter litigated in the former suit determinaFrom the ... See , also , on the general subject as to those matters in issue or points contro- of the law Russell v .
Halaman 148
13,932 , was granted , of the sub- been no showing , either here or in the Patent ject - matter of the patent in suit , and the is- Office , that the omission from the original of suance of that patent on November 12 , 1912 , claims for ...
Halaman 659
But the jury could , in addition , have this testimony constitute a variance within been validly influenced on this matter by the the rule that a recovery must be secundum general trend of the evidence in the case . allegata et probata ... 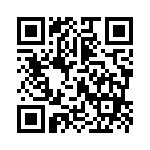