Halaman 159
When the day finally appeared , and people do not know came , no witnesses
appeared . The whether they live in Nigeria or magistrate was very annoyed and
Cameroon . called upon the sergeant to explain . With a laugh , the magistrate
said ...
Halaman 248
The prospect saddened us ; modation , but we judged it wise not we were going
to miss the junior to be seen conversing with her and member of our mess . she ,
for her part , appeared equally Making the best of the situation , we anxious to ...
Halaman 328
Small lumps have tung , automation , cybernetics , UNO , appeared on his arms .
" UNESCO , NATO — and a thousand By the afternoon , he was back , others . I
doubt whether he had smiling his serene smile , but looking ever heard a radio ... 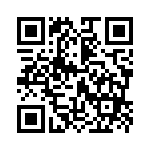