If people were angels, a lot of us would be out of work, especially lawyers. In the last entry in their "Closing Arguments" series (e.g.,And the Walls Came Tumbling Down: Greatest Closing Arguments ... Baca ulasan lengkap

Michael S Lief is a senior deputy district attorney in Ventura, California. A former newspaper editor, he was a submarine driver for the U. S. Navy during the Cold War.

H. Mitchell Caldwell is a professor at Pepperdine University School of Law. A former deputy district attorney, he specializes in death-penalty litigation before the California Supreme Court. 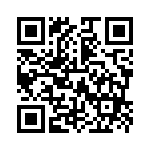