I walked into the front doors of my local library, and there was this book. It was one of the featured books on some library summer theme. I couldn't resist picking it up. I had completed my doctoral ... Baca ulasan lengkap

The book is well researched and well written. It was a little long for me, but I prefer fiction to non-fiction. I read the book because I'd read a good review of it. Baca ulasan lengkap

Dan Koeppel is a well-known outdoors, nature, and adventure writer who has written for the New York Times Magazine, Outside, Audubon, Popular Science, and National Geographic Adventure, where he is a contributing editor. Koeppel has also appeared on CNN and Good Morning America, and is a former commentator for Public Radio International's Marketplace. 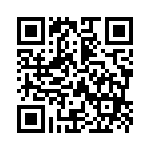