Good book, but rather dated in the end, what with the Constitution being voted down in France. It begs for a revised edition by Rifkin. The ascendancy of the EU - even within Europe - is hardly a done ... Baca ulasan lengkap

I extracted important information about the EU from this book. Nevertheless, I was disturbed by the tone of this book. I think that Rifkin overlooked the darker side of the EU; if he had included both ... Baca ulasan lengkap

Jeremy Rifkin is the best-selling author of The End of Work, The Biotech Century , and The Age of Access , each of which has been translated into more than fifteen languages. Since 1994, Mr. Rifkin has been a fellow at the Wharton School's Executive Education Program, where he lectures to CEOs and senior corporate management from around the world on new trends in science and technology and their impacts on the global economy, society and the environment. He is also an advisor to heads of state and government officials in a number of countries. Mr. Rifkin's monthly column on global issues appears in many of the world's leading newspapers and magazines, including The Guardian in the United Kingdom. He is president of the Foundation on Economic Trends in Washington, D.C 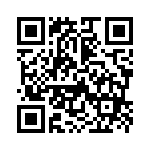