Halaman 189
Its most famous event was Sukarno's enunciation of the five principles of the
Indonesian state, the pantja sila. One was nationalism, the 'unity between men
and place', the 'entire archipelago ... from the northern tip of Sumatra to Papua'.
Halaman 190
Mohammad Yamin argued for the latter, and so did Sukarno, alluding to an
appeal from Malay nationalists. Indeed, he confessed to a dream of 'pan-
Indonesia', but recognised that the independence of the Philippines had to be
respected.152 ...
Halaman 191
155 On 7 August Terauchi approved setting up the committee to prepare
independence, and, in a supplementary announcement, the gunseikan, General
Yamamoto, said it would cover all Indonesia.156 Sukarno, Hatta and Radjiman, ... 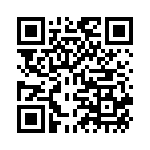