Udesh Pillay is the executive director of the Centre for Service Delivery at the Human Sciences Research Council (HSRC) in South Africa. He holds a PhD in Geography, and prior to joining the HSRC, he was head of the delimitation and planning directorate of the Independent Electoral Commission of South Africa. Richard Tomlinson is a visiting professor at the school of architecture and planning of the University of the Witwatersrand, and he is a consultant in urban development and project management. Orli Bass is a postdoctoral fellow in the Centre for Service Delivery at the HSRC. Her areas of research interest include the relationships between cities and culture, representations of Africa and its cities, and megaevents and cities. 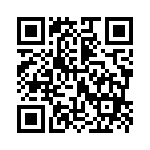