Steinar Stjerni (1945) is a political scientist, and former Rector of Oslo University College (1994-2000). He is a member of several research committees of the Norwegian Council of Research, and has written books and reports on poverty and comparative social policy. In 2006 he was appointed by the Norwegian government to head a commission on reforms of higher education. 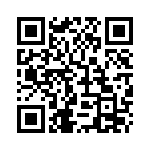