Halaman 102
Punishment is the means , protection is the end , ” he continued . “ The arrest ,
conviction and sentence to imprisonment of one inspector , who refused the vote
of a person of African descent on account of his race , would more effectually ...
Halaman 134
In causes and conventions , it is they who nominate officials , at the polls through
corrupt means , it is they who elect them and by bribery , it is they who secure the
passage of many a legislative measure ” ( Keyssar 2000 , 198 ) . In 1889 , a ...
Halaman 153
Thus , during the first two - thirds of the twentieth century , primaries were a route
to the nomination , but by no means the route . They were no substitute for careful
cultivation of state party leaders . For example , in 1952 Tennessee Senator ... 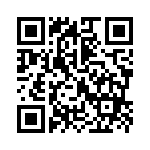