Hong De-Yuan is Professor of the State Key Laboratory of Systematic and Evolutionary Botany at the Institute of Botany, Chinese Academy of Sciences in Beijing. In 2012 he was awarded the Royal Botanic Gardens and Domain Trust Lachlan Macquarie Medal, in recognition of his outstanding achievement in helping protect plant biodiversity.

Stephen Blackmore CBE FRSE is Queen's Botanist and Honorary Fellow at the Royal Botanic Garden Edinburgh, where he was previously the Regius Keeper. Before that he was Keeper of Botany at the Natural History Museum in London. His research has concentrated in the area of palynology, microscopy and systematics and his achievements have been recognised by three Linnean Society medals. 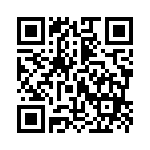