Walking the boards in a play by the Bard can be one of the most rewarding and frightening experiences of an actor's life. Drawing on 35 years' experience as associate director of the Royal Shakespeare ... Baca ulasan lengkap

John Barton is Oriel & Laing Professor of the Interpretation of Holy Scripture at the University of Oxford. John Muddiman is G. B. Caird Fellow in New Testament Studies in Mansfield College, Oxford. 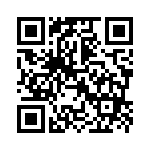