Halaman 7 - The progress of science in furnishing the Government with means of espionage is not likely to stop with wire-tapping. Ways may some day be developed by which the Government, without removing papers from secret drawers, can reproduce them in court, and by which it will be enabled to expose to a jury the most intimate occurrences of the home.
Muncul dalam 185 buku dari 1798-2008
Halaman 60 - The makers of our Constitution undertook to secure conditions favorable to the pursuit of happiness. They recognized the significance of man's spiritual nature, of his feelings and of his intellect. They knew that only a part of the pain, pleasure, and satisfaction of life are to be found in material things. They sought to protect Americans in their beliefs, their thoughts, their emotions and their sensations. They conferred, as against the Government, the right to be let alone...
Muncul dalam 249 buku dari 1927-2008
Lengkap
Halaman xi - Let me add that a bill of rights is what the people are entitled to against every government on earth, general or particular, and what no just government should refuse, or rest on inference.
Muncul dalam 355 buku dari 1820-2007
Halaman 12 - When an arrest is made, it is reasonable for the arresting officer to search the person arrested in order to remove any weapons that the latter might seek to use in order to resist arrest or effect his escape. Otherwise, the officer's safety might well be endangered, and the arrest itself frustrated. In addition, it is entirely reasonable for the arresting officer to search for and seize any evidence on the arrestee's person in order to prevent its concealment or destruction. And the area into which...
Muncul dalam 121 buku dari 1941-2007
Halaman 156 - But this effort to decide whether or not a given "area," viewed in the abstract, is "constitutionally protected" deflects attention from the problem presented by this case. For the Fourth Amendment protects people, not places. What a person knowingly exposes to the public, even in his own home or office, is not a subject of Fourth Amendment protection.
Muncul dalam 267 buku dari 1910-2008
Halaman xviii - The very purpose of a Bill of Rights was to withdraw certain subjects from the vicissitudes of political controversy, to place them beyond the reach of majorities and officials and to establish them as legal principles to be applied by the courts. One's right to life, liberty, and property, to free speech, a free press, freedom of worship and assembly, and other fundamental rights may not be submitted to vote; they depend on the outcome of no elections.
Muncul dalam 524 buku dari 1884-2008
Halaman 146 - Subtler and more far-reaching means of invading privacy have become available to the Government. Discovery and invention have made it possible for the Government, by means far more effective than stretching upon the rack, to obtain disclosure in court of what is whispered in the closet.
Muncul dalam 203 buku dari 1798-2008
Halaman 21 - But the great security against a gradual concentration of the several powers in the same department, consists in giving to those who administer each department the necessary constitutional means and personal motives to resist encroachments of the others.
Muncul dalam 403 buku dari 1811-2008
Halaman 161 - Amendment declaring his right to be secure against such searches and seizures is of no value, and, so far as those thus placed are concerned, might as well be stricken from the Constitution. The efforts of the courts and their officials to bring the guilty to punishment, praiseworthy as they are, are not to be aided by the sacrifice of those great principles established by years of endeavor and suffering which have resulted in their embodiment in the fundamental law of the land.
Muncul dalam 155 buku dari 1879-2007
Halaman 145 - They reach farther than the concrete form of the case then before the court, with its adventitious circumstances; they apply to all invasions on the part of the government and its employes of the sanctity of a man's home and the privacies of life. It is not the breaking of his doors, and the rummaging of his drawers, that constitutes the essence of the offence; but it is the invasion of his indefeasible right of personal security, personal liberty and private property...
Muncul dalam 284 buku dari 1879-2008
Ringkas

Otis H. Stephens, PhD, is Alumni Distinguished Service Professor of Political Science and resident scholar of constitutional law in the College of Law at the University of Tennessee, Knoxville, TN.

Richard A. Glenn, PhD, is professor and chair of government and political affairs at Millersville University, Millersville, PA. His published works include ABC-CLIO's The Right to Privacy. 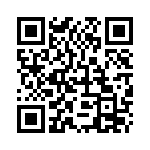