James L. Calderwood is Professor Emeritus of English and Comparative Literature at the University of California, Irvine. He is co-editor of a number of other books on poetry, drama, and criticism. 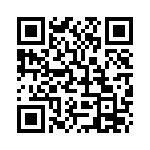