Douglas Fitzgerald Dowd was born in San Francisco, California on December 7, 1919. During World War II, he was as a bomber pilot downed over the Pacific. He received a bachelor's degree in economics from the University of California, Berkeley in 1949 and later received a doctorate there. He taught at Cornell University from 1953 until 1970. He also taught at San Jose State University, the University of California, at Berkeley and at Santa Cruz, and the University of Modena and the Johns Hopkins University School of Advanced International Studies Bologna Center in Italy. He wrote several books including U.S. Capitalist Development Since 1776: Of, by and for Which People? and Blues for America: A Critique, a Lament, and Some Memories. He died from congestive heart failure on September 8, 2017 at the age of 97. 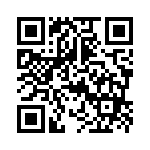