Halaman xx - ... seems to imagine that he can arrange the different members of a great society, with as much ease as the hand arranges the different pieces upon a chess-board: he does not consider that the pieces upon the chessboard have no other principle of motion besides that which the hand impresses upon them; but that, in the great chess-board of human society, every single piece has a principle of motion of its own, altogether different from that which the legislature might choose to impress upon it.
Muncul dalam 200 buku dari 1792-2008
Halaman lvii - I see in the free trade principle that which shall act on the moral world as the principle of gravitation in the universe — drawing men together, thrusting aside the antagonism of race, and creed, and language, and uniting us in the bonds of eternal peace.
Muncul dalam 80 buku dari 1870-2007
Lengkap
Halaman lii - Free Trade! What is it? Why, breaking down the barriers that separate nations: those barriers behind which nestle the feelings of pride, revenge, hatred, and jealousy, which every now and then burst their bounds and deluge whole countries with blood...
Muncul dalam 75 buku dari 1870-2008
Halaman liv - I believe that if you abolish the Corn Law honestly and adopt Free Trade in its simplicity there will not be a tariff in Europe that will not be changed in less than five years to follow your example" (Speech in Manchester, January 15, 1846).
Muncul dalam 66 buku dari 1852-2006
Halaman xxiii - Party is a body of men united for promoting by their joint endeavors the national interest upon some particular principle in which they are all agreed.
Muncul dalam 546 buku dari 1756-2008
Halaman xxxvii - Progress and reaction are but words to mystify the millions. They mean nothing, they are nothing, they are phrases and not facts. All is race.
Muncul dalam 22 buku dari 1851-2006
Halaman xxxviii - Thus it will be seen that all the tendencies of the Jewish race are conservative. Their bias is to religion, property, and natural aristocracy: and it should be the interest of statesmen that this bias of a great race should be encouraged, and their energies and creative powers enlisted in the cause of existing society.
Muncul dalam 51 buku dari 1844-2006
Halaman xxiii - There was indeed a considerable shouting about what they called Conservative principles; but the awkward question naturally arose, what will you conserve? The prerogatives of the Crown, provided they are not exercised; the independence of the House of Lords, provided it is not asserted; the Ecclesiastical estate, provided it is regulated by a commission of laymen.
Muncul dalam 28 buku dari 1844-2007
Ringkas 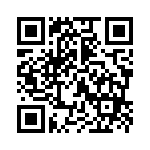