Halaman 25
Now , they enjoy Irish liberty , whilst the English hold all the good lands . They are destitute and savage , and in all respects worse off than when in ...
Halaman 73
... or released the masters from all their burdens , cares , and liabilities , whilst it increased both the labors and the cares of the liberated serf .
Halaman 246
Whilst the governments of Europe are more obviously kept alive and conducted by force than at any other period , yet are they all , from necessity ... 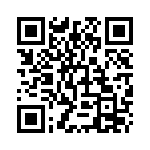