Halaman 323
As grounds for ary 8 , 1961 , when he sought to file his relief , plaintiff's motion alleged that the second amended complaint , and on Sepillness of one of plaintiff's counsel during tember 22 , 1961 , when he sought relief the ten day ...
Halaman 549
The United commitment , made pursuant to Rule 35 States District Court for the Northern of the Federal Rules of Criminal ProceDistrict of Illinois , Eastern Division , Ed- dure , 18 U.S.C.A. win A. Robson , J. , denied the motions , We ...
Halaman 726
The Court of Appeals held that the writ was properly denied , though a motion under such statute in the sentencing court was unsuccessful . Affirmed . Barry D. Mock , Oklahoma City , Okl . , for appellant . 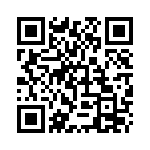