Ann Laura Stoler is Willy Brandt Distinguished University Professor of Anthropology and Historical Studies and Chair of the Anthropology Department at The New School for Social Research. She is the author of Carnal Knowledge and Imperial Power: Race and the Intimate in Colonial Rule and Race and the Education of Desire: Foucault's History of Sexuality and the Colonial Order of Things (also published by Duke University Press), and a coeditor of Tensions of Empire: Colonial Cultures in a Bourgeois World. 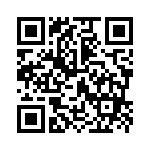